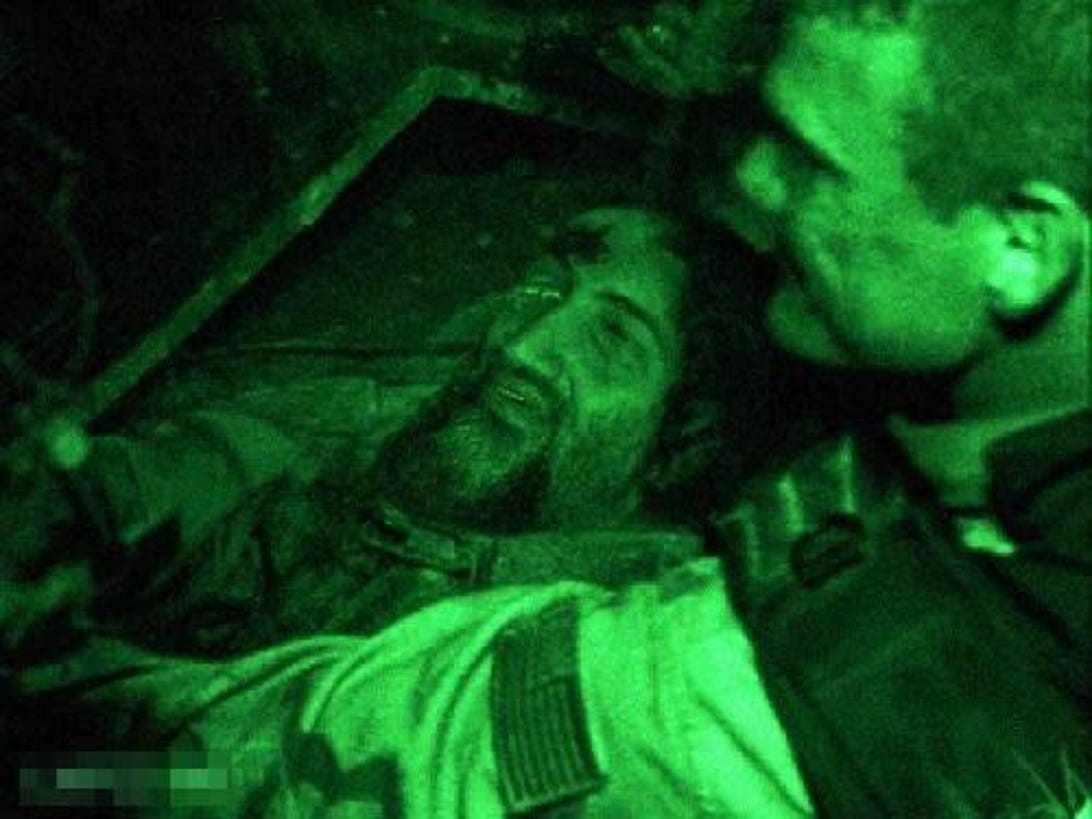 In the immediate aftermath of the death of Osama bin Laden on May 1, several fake photos of his body appeared online; at least one was a scam intended to load adware onto unsuspecting viewers' computers. This doctored photo of Osama bin Laden is a mashup of two photos, one coming from the movie 'Black Hawk Down', according to a breakdown of the photo by JustScandals.com. Editor's note: This photo gallery was originally published on January 31, 2006, and has been updated occasionally since then to include more current news events that have led to doctored photos entering the news ecosystem.