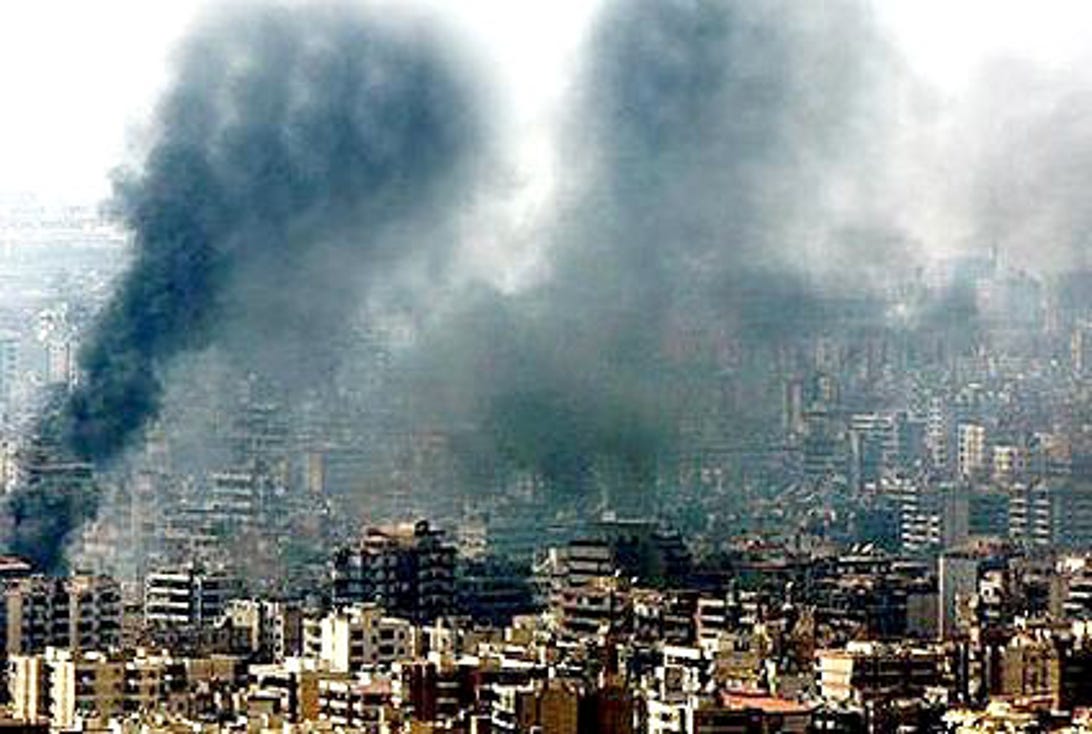 August 2006: This photograph by Adnan Hajj, a Lebanese photographer, showed thick black smoke rising above buildings in the Lebanese capital after an Israeli air raid. The Reuters news agency initially published the photograph on its Web site, then withdrew it when it became evident that the original image had been manipulated to show more and darker smoke. 'Hajj has denied deliberately attempting to manipulate the image, saying that he was trying to remove dust marks and that he made mistakes due to the bad lighting conditions he was working under', said Moira Whittle, head of Reuters public relations. 'This represents a serious breach of Reuters' standards and we shall not be accepting or using pictures taken by him'. Other photographs by Hajj were also determined to have been doctored.