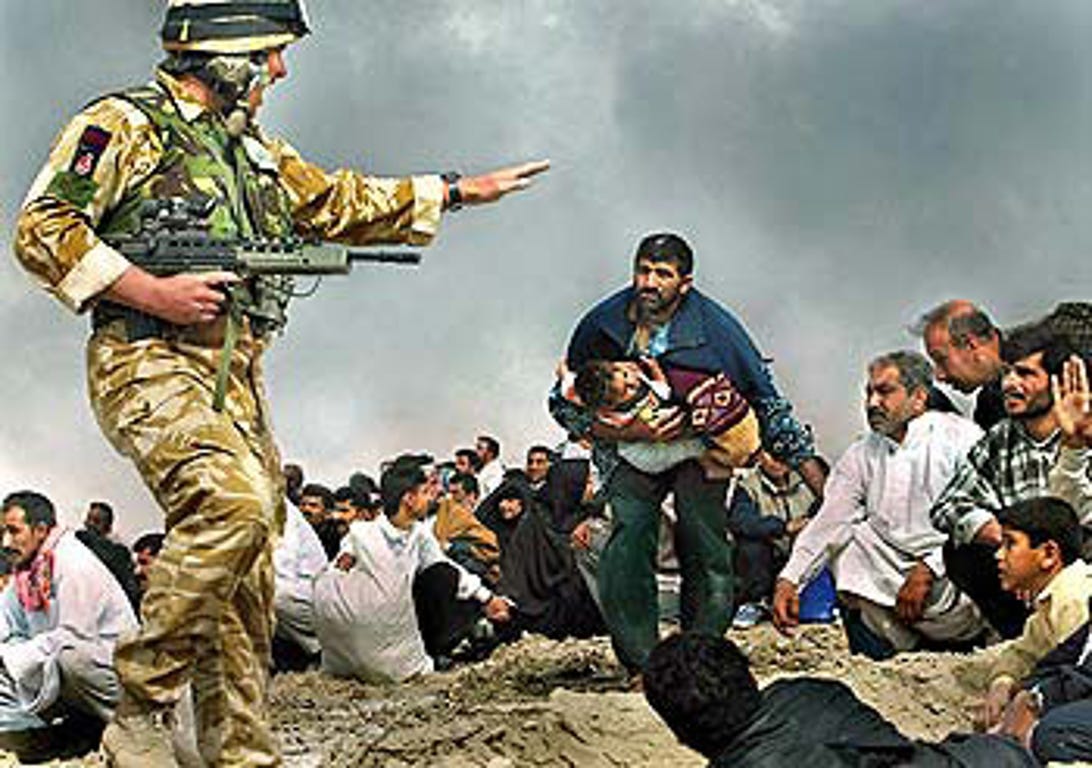 Pictured here is a digital composite of a British soldier in Basra, gesturing to Iraqi civilians urging them to seek cover, that appeared in April 2003 on the front page of the Los Angeles Times shortly after the U.S.-led invasion of Iraq. Brian Walski, a staff photographer for the Los Angeles Times and a 30-year veteran of the news business, was fired after his editors discovered that he had combined two of his photographs to 'improve' the composition.